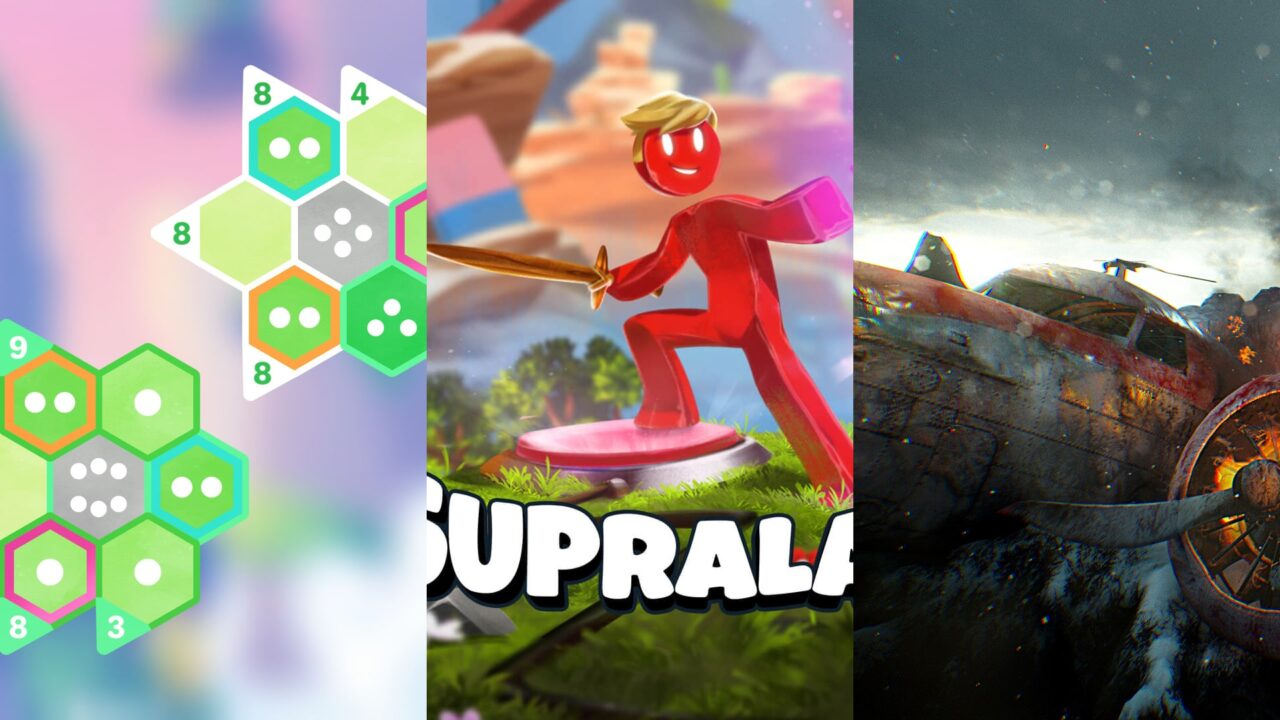 Although it describes itself as a Sudoku-esque puzzler, Hexologic is more akin to CrossCells with it’s arithmetic based riddles and focus on placement and different structures.

Hexologic does a good job explaining how the game works and every subsequent mechanic. The game starts off easy, explaining the objective of matching the inner hexagon numbers with the outer ring numbers, very much in the same vein of CrossCells. Additional mechanics like fixed hexagons, hexagons whos value translates to other hexagons and mathmatical operators.

The game is split into 90 levels (with some bonus levels sprinkled in too) and every 15 or so indicate a set. Each set introduces a new mechanic and explores said mechanic througout the set. While I thoroughly enjoyed every mechanic the game uses in the game, the time spent on each one in isolation is way too long. The first half of the game especially lingers on for ages using the most basic mechanics, forming a very easy puzzle experience.

This is compounded by the games “knock on effect” to the puzzles, in that if you manage to solve one hexagon, the others will follow suit instantly.

This is far less of a concern the latter portions of the game as puzzles are more dense and combine mechanics together to form some pretty tough challenges, but it’s unignorable how poorly paced a large section of the game is.

Difficulty wise, even when you factor out these issues already mentioned, Hexologic is far from the hardest game out there. In comparison to a Cells game or even Sudoku itself, Hexologic is more an extended meditative puzzle piece than a thinking mans game.

That’s not a bad thing, as the game does a pretty stellar job nailing a clean aesthetic along with a dymanic and calming theme throughout the game. While the “knock on effect” doesn’t help the game in terms of challenge, it does make the act of completion really satisfying.

It’s not the hardest, nor is it the longest, but Hexologic had my attention throughout.

It’s often said there are two approaches to exploration in video games: exploration leads to great rewards, or exploration is the great reward. In my experience with Metroidvania’s, the mixture of the two is what makes them so enthralling, using new abilities to further explore. A perpetual state of rewarding gameplay.

Supraland is the first first-person Metroidvania I’ve played, but it adopts the Metroidvania philosophy just the same, utilising the freedom of 3D movement to it’s fullest to create engaging puzzles, tricky platforming and constant whimsical fun.

While the intense blurring aesthetic might turn some off, as will the deceptive simplicity of its combat and movement, it’s well worth sticking to as it spirals into a deep Metroidvania experience.

Rarely do I find a game that captures my heart in the same way The Fidelio Incident has. Rather than a clean sweep of dovey love, The Fidelio Incident plays a perpetual tug of war with my emotions, whisking me off my feet with its compelling narrative and minimal yet meaningful approach to gameplay just to then release its grip, losing me to sloppy pacing and downright bad sound editing.

The topic at hand is one I feel confident in saying video games have never tackled, and as such a careful approach must be taken to ensure flimsy emotions don’t shake my judgement too much. With that accounted for, The Fidelio Incident’s IRA tale is engaging from start to finish, exploring the damage terrorism has on not only those physically terrorised, but the mental too.

Told largely through diary logs, TFI take a “Gone Home-lite” approach to storytelling, dipping into exploration-based development without going full blown. It works well for the setting and the “cold” mechanic almost implores you to do so.

That said, some areas are overly abstract, be it through visual choices or out of place puzzle sections. This leads into pacing, where the story grinds to a halt as you wander around looking for a fucking valve handle.

Presentation wise the game knocks it out of the park with its harsh, high fidelity visuals, but is severly lacking in the sound department, constantly missing voice lines or simply utilising poor SFX.

Metaphors and foreshading are sprinkled in well and almost goad me into rating the game higher than I should. Down to the gritty reality, I love the game, but its apparent flaws are unignorable.