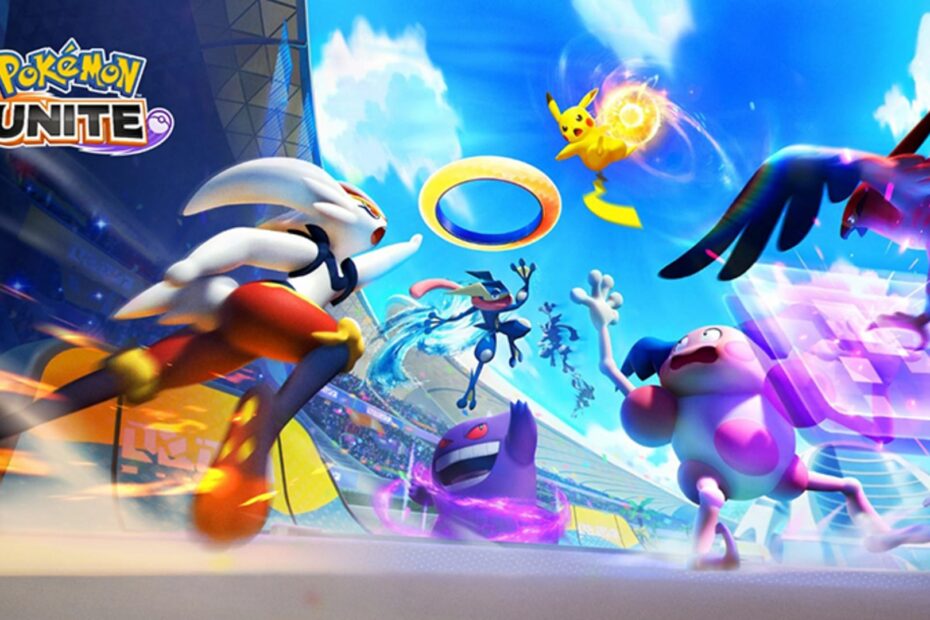 I had a draft written for Pokemon Unite for a full review, but reading it over, it came off unbearably sloppy and disdainful. It’s hard to get my point across with this game, because it’s almost self-contradictory. I think the most accurate and concise way to put it would be I like the idea of the game more than I like the game itself.

Pokemon Unite’s concept and reveal interested and surprised me. For one, I exhibit enough self-loathing to enjoy MOBA’s, even if over time that statement really equates to “I can still tolerate Heroes of the Storm”. Blizzard’s take on the genre was one rooted in objective-based teamwork and casual vibes, and while my inherent flaw of taking online games too seriously kicked in while playing that game, I did enjoy the simplistic, streamlined nature to it. Secondly, this is just far too contemporary of Nintendo, a company I perceive as wildly ignorant when it comes to modern standards, although equally immense when it comes to their games’ quality. MOBA’s – while not the titan they once were – are still (in my head anyway) a modern, embryonic genre, ripe for mutation and experimentation. As such, I didn’t expect Nintendo to commission this, but here we are, and the result is woefully disappointing, if expected.

Similar to Heroes of the Storm, Pokemon Unite’s take on the genre is rooted in accessibility. The fact it’s on the Switch alone says wonders to the mission statement for the release, exemplified further when it hits mobile. Pokemon Unite’s gameplay, like any other MOBA, pits you up against a handful of opponents and a myriad of NPC’s, commonly referred to as “creeps”. You battle the NPC’s to earn experience, and the game eventually becomes one more focussed on the PvP side than PvE. Unlike DOTA or League of Legends, item shops and gold are nowhere to be seen (to my delight), “builds” are limited to a few skill choices and said skills make up a limited pool of two regular moves, a basic attack and an ultimate. It’s a standard affair; you can probably search for another Chinese-made MOBA on the Play Store and find something that resembles this setup identically, the difference being this one is suffused with a Pokemon theme. To its credit, I found the Pokemon themselves translated well, both in a visual sense but also the game design. I mean, really, if you didn’t know better of Nintendo, you wouldn’t believe it took this long to make a Pokemon MOBA. The vast selection of Pokemon which exist with ample abilities and spunky designs feel destined for a genre like this, and I liked the initial selection they’ve gone with. Of course there’s Pikachu and Charizard, but there’s the affable, oafish Snorlax, unsettlingly purple-saturated Gengar, don’t-let-him-near-your-kids vibed Mr. Mime and a handful of Pokemon from later generations too. There’s about 15 in total right now, and other than a couple of Pokemon I’d literally never heard of, the roster is strong in terms of variety and palpable character. Their models are cute and of a decent quality, although animations can feel stiff and stilted at times, and some attacks let off such overwhelming particle spray you’d think you’re playing a trashy anime game. Overall, however, they’re good additions which feel created for the game in a bespoke, charming manner.

Jumping into the moment to moment action is where we see the first middling signs, and digging any deeper reveals how poorly executed the game is. Games only last 10 minutes – literally, they’re on a timer which never goes into “overtime” – and it’s a lovely change from the industry titans like League of Legends where games can exceed an hour, or even Heroes of the Storm, which at the best of times still doubled Pokemon Unite’s match lengths. It’s all in service of being casual, that’s the thing to remember, and if you can go into the game with that deeply rooted into your conscience you might have a decent time. Because really, I couldn’t take the game seriously after a while, as it has what feels like inbuilt latency to everything. I tested this inaccurately by playing docked a meter away from my router. The game felt delayed, as if you had around 80 ping or so, but you never get the irregular jumping from genuine, rage-inducing lag. I then played in the bath, handheld if that needed stating, on the other side of the house, and that irritating latency came into play. The conclusion I drew is that the game is inherently sluggish. It’s most notable with you abilities, but even just basic attacks display signs of laggy response times. It made fighting NPC’s annoying, but battling players infuriating, as unlike any other MOBA, it’s impossible to feel like skill is dictating the result of an encounter and it deteriorates into a button mashing nightmare.

That’s where the feeling of disappointment comes from, because at times, I could see myself really enjoying the core gameplay. It’s succinct, easy to grasp and easier to just switch your brain off and enjoy, a feeling I never get with online games due to my aforementioned inability to take things as they are, always playing them competitively and seemingly missing the pure joy one could get for just experiencing the game as it is. The short match lengths are a massive boon, the lack of an item shop removes the false depth that mechanic forces into other MOBA’s, and the charm of Snorlax belly flopping a feeble Bulbasaur is enticing enough alone.

I can already tell this review is trailing off into haphazard rancour, to wrap things up it’s necessary to explain the microtransaction situation and how it relates to progression, which probably denotes the one reason Pokemon Unite ranks so low in my evaluation and the core motive behind my inability to recommend it at all. Pokemon Unite, existing in the free-to-play arena, monetises through microtransactions. On the benign end of the spectrum, you can pay for skins for your trainer and Pokemon, along with other miscellaneous goodies. On the irritating side, you can buy Pokemon themselves, which while not strictly pay-to-win – even more so since the most overpowered Pokemon currently by far is one you unlock for free anyway – it ties into progression in a woefully boring fashion. And at the downright scummy end, we have held items, equipment your Pokemon don in battle increasing their stats, blatantly pathing a path for pay-to-win strategies. I don’t care about the first type, the fashion and accessories.

Never have, never will. Buying Pokemon demonstrates the larger problem with the way Pokemon Unite allows the player to earn these characters for free, setting a weekly limit on how much free currency they can obtain through playing the game and having said free currency drip out at a snail’s pace in addition. It’s shady, and it nullifies a potential reason to keep playing the game, removing an obtainable objective to unlock (or “catch” if we want to stay on theme) all the Pokemon. Again, it’s not inherently pay-to-win, but it is a terrible design. The held items, well… What really needs to be said? It’s a monetisation method which destroys games like Clash Royale and Brawl Stars, and it destroys Pokemon Unite too. Enough said.