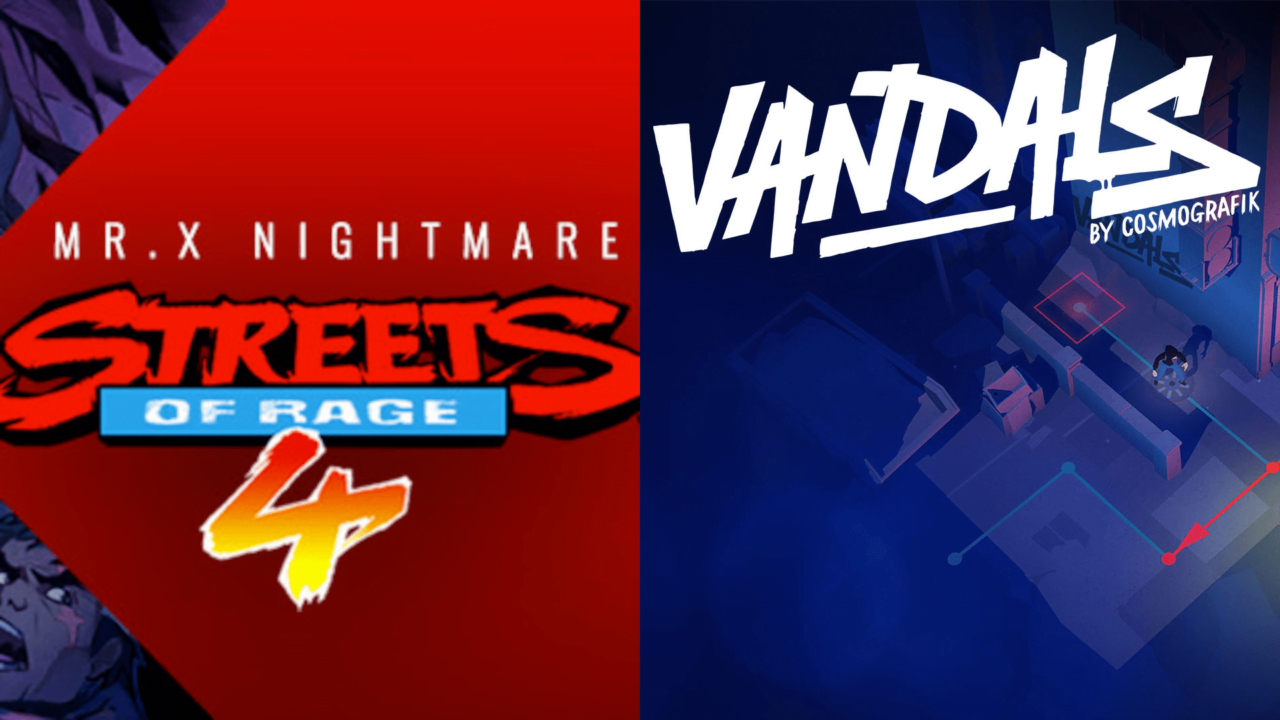 Streets of Rage 4, despite it’s newish incipience, lives close to my heart. It was the first review I wrote for the site for one, and unlike any other game I play today, it’s one I’ve beaten over and over, done simply for the juvenile joy it brings me as I smash into the same enemies. It’s no wonder then, that the recently released DLC Mr. X Nightmare (along with the accompanied free update) has been at the forefront of my mind, and now stands imperiously at the top of my games to review.

I don’t want to tread old ground here. Mr. X Nightmare does so well piggybacking off the foundations set by Streets of Rage 4’s beautiful retro revivalism, which I highly esteemed in my review. The DLC comprises a survival mode, a host of new weapons and enemies, character moveset customisation and three new playable characters, of which were previously exclusively boss enemies.

As a frequent rager on Dotemu’s/Lizardcube’s/Guard Crush’s/AnyOtherCompanyInvolvedWithThisGame’s streets, I was most interested by the new mode, which happens to be a rogue-lite-ish infinite fight where the difficulty rises each few encounters you clear. Every encounter is randomly generated: enemies, stage, hazards and items. Once a brawl ends and you presumably make it out alive, you get a choice from a handful of perks to bring with you into the coming fights. You do this ad infinitum, or in my case, usually fifteen or so fights in when the game reminds me I’m really bad at learning combos.

By and large, I really appreciate this mode, one which is blatantly made for players like me, players who bash their heads into whatever the game has to offer out of pure love for the game’s gameplay. It’s elevated by the rest of the DLC. The increased arsenal offers some unique weapon interactions like poison fish or high damage swordfish (fish models must be going cheap or something), while being able to unlock new moves and make a build for each character adds a fair deal of complexity to runs. At the end of the day, if you like Streets of Rage 4, you should like the survival mode. There are a couple of deterrents. For one, banking on the longevity randomness offers also comes with lacking the same pacing and honed sequences of the story mode. I have already reverted back into the story mode, as it offers a difficulty curve so perfectly balanced and, in my case, one I’ve memorised so integrally that I find simple enjoyment in that over the sometimes wonky nature to the survival mode. In another regard, I did find the reward system lacking. The perk pool if you will isn’t particularly large, and most perks can fit into a category. For example, there is an elemental perk (fire, poison and shock) associated with your special attack, heavy attack and dash attack, so 9 of the available perks are really just minor offensive boons which repeat regularly. I was left wanting for perks like the “glass cannon” which increases your damage twice over while increasing the damage you take by the same amount; perks which change how you play completely are far more interesting than the commonplace incremental stat benefits.

But even still, if the survival mode isn’t your cup of tea, the three new playable characters are superb additions to the roster, feeling fresh and varied enough to occupy unique playstyles. Max, Estelle and Shiva are the topical trio, and Estelle quickly became my favourite with her satisfying balance between speed, power and combo potential. Shiva offers the same spiritual kung fu found in his story mode boss fight and it’s a blast flinging weapons at people with mental (and impactful) force, comboing into rapid flurys of fists and feet. Max, well… Max is somewhat self explanatory for Streets of Rage veterans, providing a moveset fixated on grapples and throws, not too dissimilar to Floyd but still completely unique. All three characters also share customisable movesets, and like with the returning five, it’s just fun playing around with the new moves and finding a build that works for you.

For a broader stroke though, it’s hard to describe the value offered by Mr. X Nightmare as anything other than a no brainer. I don’t usually bring price into my reviews as it’s a whole irrelevant can of worms when it comes to a game’s quality, but in this case, Mr. X Nightmare is a £5 upgrade well worth skipping a couple of coffee’s to pick up.

There’s nothing wrong with Vandals, and were a different person writing this review, they might be much more positive, but in my short experience with the game, I simply didn’t have that much fun with it.

You can take that statement and apply it to all the games which inspired Vandals too: Hitman Go, Lara Croft Go, Deus Ex Go and Uncharted: Fortune Hunter. They’re absolutely, positively fine and functional, and they all elicit little excitement at the thought of playing them. The bulk of my experience with this subgenre of turn-based stealth puzzlers is limited to the former two of that list, and one thing they nail is animation, or lack thereof. Hitman Go’s chess-style characters give it a touch of class, as if you’re a literal assassin planning a hit. The tips and taps of the sound design and clean, minimalist art direction emphasise the sense of perfection, like a well executed assassination. Lara Croft Go goes in the opposite direction, paying homage to her polygonal roots in the visuals while utilising more fluid, nimble movements to convey how skilled Lara is.

In this regard, Vandals falls short by having pretty typical animation which doesn’t spark or wow. The visuals are neat, although since I went no further than the initial 1968 France chapter I can only speak from limited experience. It does portray the scene well, dingy streets matched with darker shades of blue give the game a rough edge, which is what you want from a game about the ever-so-slightly criminal act of graffiti.

The sticking point in the gameplay though, one which doesn’t have an identity when presented amongst its genre brethren. There’s nothing I got from Vandals which I couldn’t get from Square Enix’s entries, so unless you specifically resonate with the theme, there’s not much on offer. Rather than offing goons or dodging vipers, you elude police to spray graffiti on the wall, presenting the only unique element to the game, where you literally draw whatever you want on the wall. It’s novel, and a small victory in the grander scheme of an otherwise humdrum experience. It’s a game you know whether you’ll like based on screenshots alone.