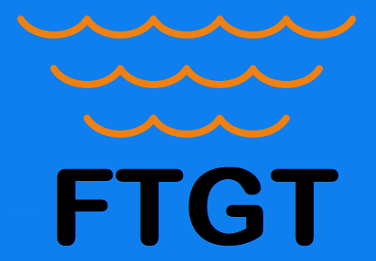 NOTE: Certain portions have been updated in January 2022.

A lot has changed in the past few years. Yeah, yeah, COVID, Trump. Whatever. I’m selfish, and it’s the change in me which really matters. In the past two years, I’ve found myself a lovely lady, moved out twice, settled into a nice house, changed my job and all of it has ended up influencing my hobby: video games.

I don’t need to paint a grand picture; I’m sure everyone understands the basic principle of responsibilities and diminished resources. But it’s been on my mind a lot recently, and the website has been a focal point for sure. In many ways, the website and how I interact with it has been more influential and potentially detrimental to my hobby than any of the other factors have combined.

It’s down to perception, or more importantly my perception of this website, it’s purpose and what I intend to receive from it. The answer to all of those is quite manifest: I don’t expect anything from it. I’ve never promoted the website, nor have I intended to reach an audience at all. In that regard, I’m quite happy with how the website has turned out – as painful as it was to set up – but quietly, internally and reluctantly I’ve noticed it’s latent effects on my gaming habits, and I believe it’s led to a negative cycle, even if it’s self imposed, flimsy and intangible.

Put simply, the way and frequency to which I play video games and the reason the website exists are incompatible with one another. My mission statement with Fording the Gaming Threshold has always been to do a couple of closely related things: write about the games I play, and improve as a writer. I truly believe I’ve done both. Obviously the former is readily quantifiable, but my inner sense of pride doesn’t lie, and I am happy with the personal growth I’ve made.

So where does the incongruousness manifest? Time and energy, the premier currencies of the world, and two which everyone sadly lacks. With the changes in my life recently, both seem to have slipped away from me, and with what I have left I’m constantly debating whether to play a video game, or write about one. It’s silly, and a first world problem for sure, but the fact remains, I’m simply unable to match the time and energy needed to write fully about every single game I play.

I think about my website categories, the “quick thoughts” section in particular, and how it has failed exceptionally to accomplish what I intended. The “mini reviews” I alluded to in my initial welcome post are very literally that. A couple of paragraphs long, little to no editing, rapid, dirty opinions.

Those pieces I had written before the site’s unveiling were comparatively terrible, but I think that’s mostly down to my ability back then. I simply didn’t care about writing that much, and those jumbled sentences were meant for no one but myself, as a reminder into what I thought about a game.

This is all relevant, because my current state of mind has necessitated a change, a change which enables me to both play more games consistently, and write higher quality reviews without pressure. To get to the nitty gritty:

I’m very grateful I’m in a position where I get to play as many games as I do, even more so I get to write about them on a self made platform, all the while living a fulfilling, healthy life with someone I adore. With any luck, eliminating this self-inflicted friction can only enhance it further, and I’m excited to write with clearer purpose from now on.